Fall is a great time of the year.  The mornings are crisp and cool, and after the heat of the past summer, it is very welcome.  As soon as the weather cooled down to 90F we headed out to the local nurseries and bought yellow mums and ornamental cabbages.  This past week we bought a flat of 50 pansies.  They look perky for this season and will make it through the winter.

I'd thought the past winter was a mild one, but my cousin reminded me how her water pipes had frozen when the temperature was below freezing for a week, actually 100 hours.  However, I will give her the entire week since her water pipes were frozen.  She used to live in Alaska and so has better coping skills about freezing weather than we do.  She didn't like it one little bit I can tell you that.  I would have flown to Jamaica or something, but she stuck it out and managed well heating water for baths and all.

This fall I am planting ornamental peppers and hoping they will return next year.  We used to have a whole flower bed of them where we used to live, but for some reason I haven't been successful at this house.  Maybe I didn't work hard enough at getting them to flourish.  You can eat the ornamental peppers, but it isn't recommended.  They are really hot. 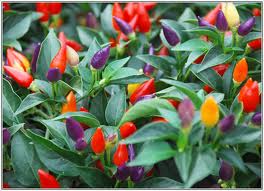 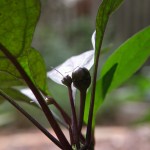 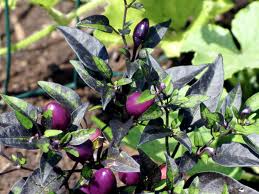 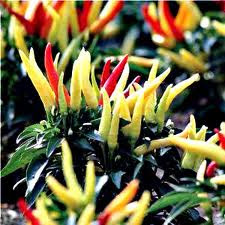 Time to make dinner for us.  Ham and scalloped potatoes sounds really nice with some broccoli.  Yum!
It is supposed to get much cooler after Tuesday of this coming week.  Maybe it will get cool enough to make cornbread.  Double yum!
Posted by Amber Star at 5:04 PM