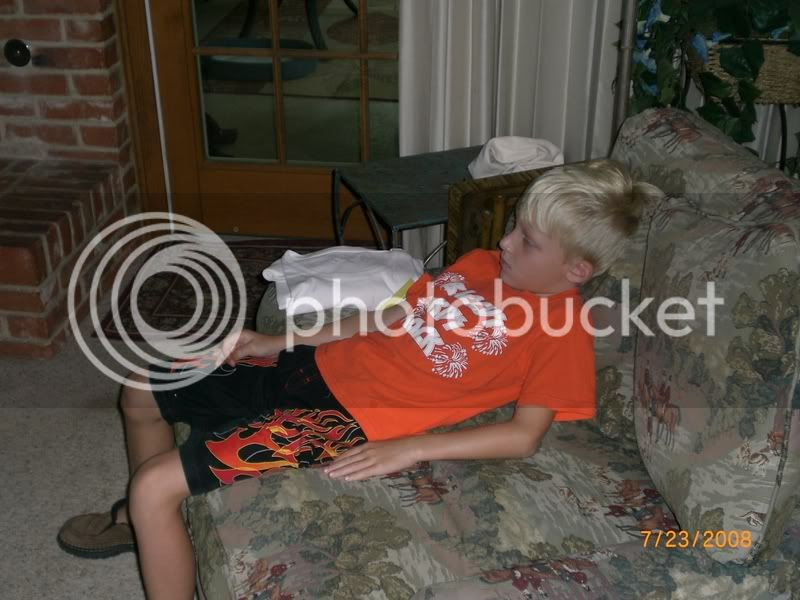 The other day our grandson came for a visit while his mother went shopping. He wanted to watch a documentary about "Star Wars", his favorite movie ever. He was totally absorbed in show and even enlightened me on some of the finer points of the saga. He also wanted to watch "The Mummy" with Brenden Frasier, and I'm thinking that might be another one he likes. Hubby was talking about taking him to the IMAX to see "Journey to The Center of the Earth". I think that would be great fun. 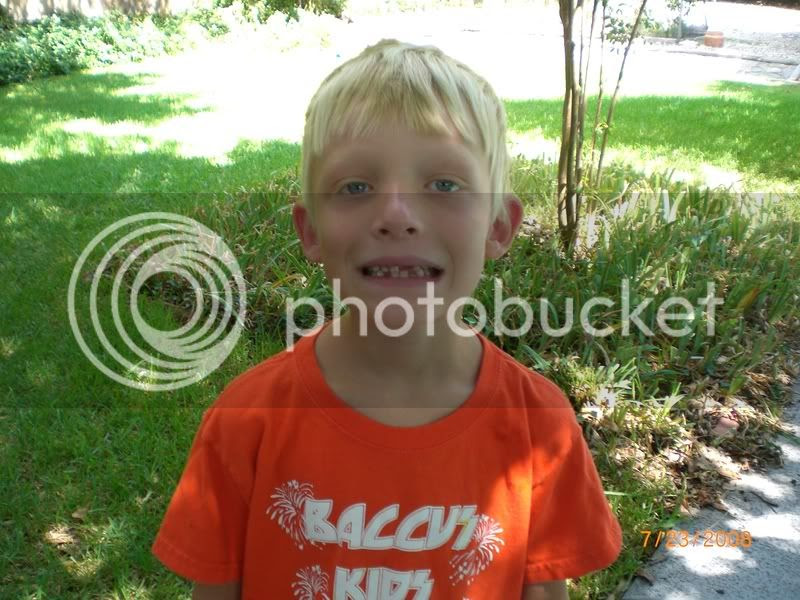 After a while we went outside and he reluctantly let me take a picture of his lack of teeth...which was sort of shocking to me. He lost one a pretty long while ago then another about a month ago...then he started losing them fairly rapidly. He is a sweet little snaggletooth, though. He usually smiles like a professional model, but that day not so much. 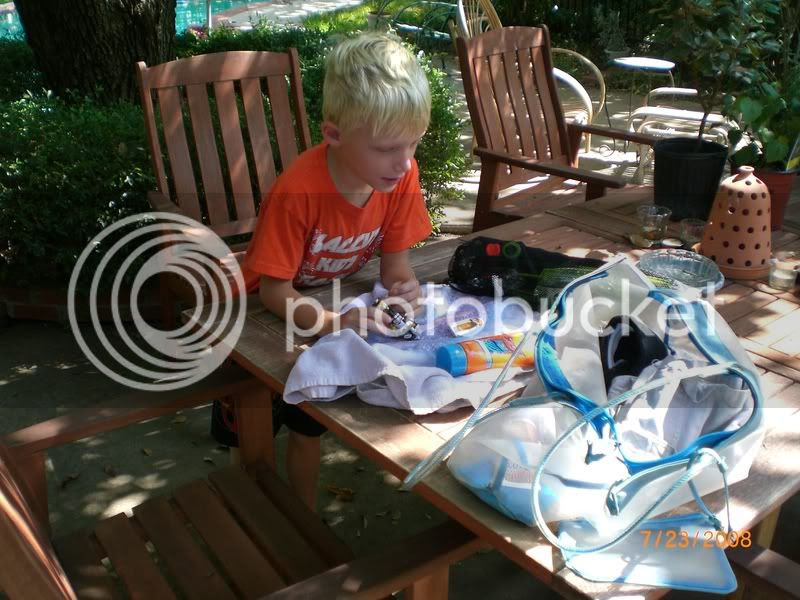 He checked out all the swim gear his mom had brought for him, but after we sat with our feet in the pool he decided it was too cool for him to swim that day. The pool water is 81 right now and the air temp was about 102 , so there was a big difference when you just stick your feet in. It is best to just jump in and get wet all at once. It works out better that way, but he didn't want to swim even after considerable discussion. 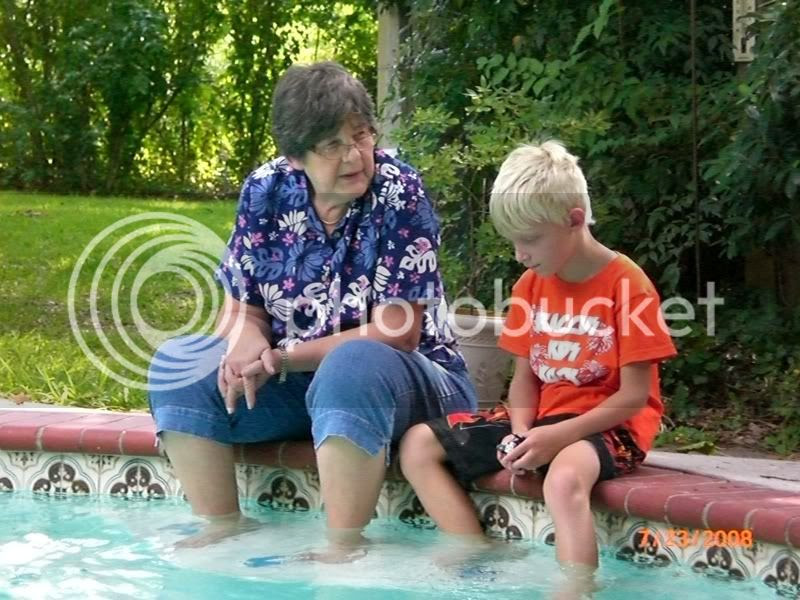 We finally decided to go to the Dollar Tree to look for something to do. He has "no toys" here. There is a huge basket of them, but he wanted to get out of the house for a bit. After much consideration he chose a basketball game that was surprisingly difficult. I think the little ones are harder. Anyway, we were getting better with each turn and narrowing in on the range and how hard to press the lever, when my husband came through and asked if he could try. We said of course and he nailed the first one and left! TJ looked at me and said, "Your dad is really good!" I looked at him with a startled look and we both laughed like a couple of goons.

We got better and better at the little game and it took about 30 to 45 minutes to play a game...at least it took us that long. He packed it up carefully and took it home with him.

I think he decided we didn't have much money because our pool isn't heated...at least that is what he reckoned it was, since it was so cold that day.
Posted by Amber Star at 10:58 PM